Restriction enzymes are naturally occurring enzymes in bacteria, providing a defence mechanism against bacteriophages. They are used to cut DNA at specific recognition sites, which are normally palindromes. Restriction fragment length polymorphisms are lengths of DNA that have been cut with restriction enzymes. They can cut the two strands of DNA in an offset fashion, producing overhanding pieces of ssDNA called sticky ends, while others cut the two strands of DNA at points directly opposite each other to produce blunt ends

The purpose of PCR is to essentially replicate DNA samples. This is commonly used in amplifying DNA for fingerprinting in forensics and when investigating extinct animals where scientists have limited DNA samples 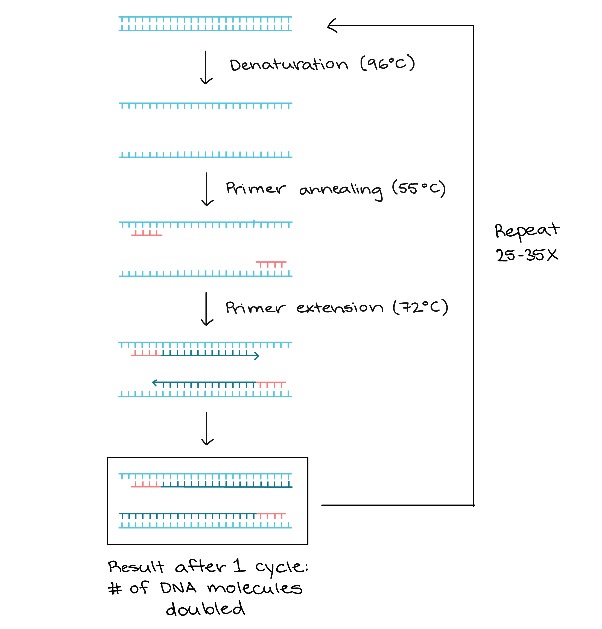 The purpose of gel electrophoresis is to separate fragments of DNA based on their size in base pairs. It is helpful in gene identification, identifying individuals from DNA samples and determining the size of a gene in base pairs 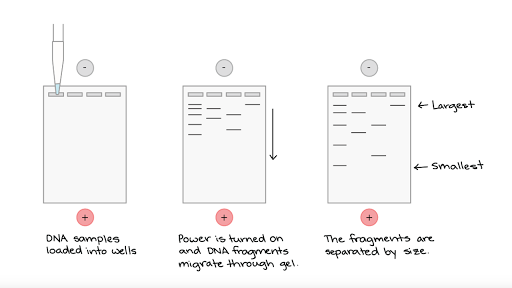 A plasmid is a piece of circular DNA that is found in bacteria. Recombinant plasmids are those with foreign genes. Bacterial plasmids are commonly used as vectors because they are capable of autonomous self-replication.

Plasmids can be exchanged between bacteria – conjugation. This is how antibiotic resistance can be spread 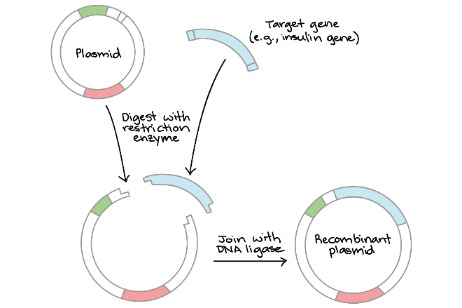