The production of energy is an essential component of life. For VCE, the general focus is on the production of the ATP (Adenosine Triphosphate) from the energy-rich compound glucose. When ATP is produced by cells, it can be converted into ADP (Adenosine Diphosphate) which is the same as ATP but has two phosphates instead of three. When it is converted, a chemical bond between the second and third phosphate is broken, releasing the chemical energy stored.

Photosynthesis is an anabolic process where light energy is converted into chemical energy. This chemical energy is then stored within large organic compounds such as glucose and is derived from low energy inorganic compounds such as CO2, H2O. Pigments, such as chlorophyll, which are present within phototrophic autotrophs facilitate the absorption of light energy. Although prokaryotic cells lack membrane bound organelles and therefore lack chloroplasts, they can still undergo photosynthesis due to the presence of certain photosynthetic pigments. When there is a surplus of glucose, plants store it as starch and it is transported around the plant in the form of sucrose.

Rubisco is an enzyme in the light independent stage of photosynthesis responsible for carbon fixation - binding CO2 (inorganic gas) and fixing the carbon into 3-PGA (organic molecule). 3-PGA stands for 3-Phosphoglyceric acid

Rubisco can bind to both CO2 and O2 because they are structurally similar. O2 competes with CO2 for the active site on Rubisco. Less CO2 is able to bind to the Rubisco active site, decreasing the rate of light independent stage. C3, C4 and CAM plants differ in how they combat photorespiration during the light-independent stage.

When the environment is hot and arid, C3 plants close their stomata to prevent excessive water loss. Light Independent Stage occurs in one mesophyll cell, so when stomata are closed O2 is trapped in the cell and competes with CO2 to bind to Rubisco’s active site.

CAM plants are adapted to arid environments where water loss is high and stomata (pores) must remain closed during the day. CO2 is converted into a 4C compound during the night, when stomata are open and CO2 is able to diffuse into the leaf. This allows reserves of CO2 to be created for use during the day, when stomata are closed and O2 cannot be released. The CAM pathway requires more ATP than C3 photosynthesis. Water is also conserved in CAM plants as their stomata only open at night when it is typically cooler and more humid.

Chloroplasts are the descendants of free-living photosynthetic cyanobacteria that were engulfed by and entered a symbiotic relationship with a eukaryotic cell. This is supported by the following evidence: they contain their own circular DNA, divide by binary fission and have their own ribosomes just like bacterial cells. Moreover, they are contained within a plasma membrane suggesting that they entered the cell via endocytosis. 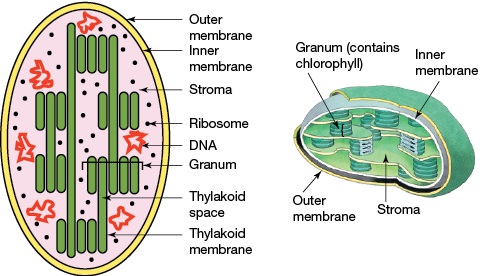 The light dependent stage requires sunlight and occurs within the thylakoid membranes of the grana in the chloroplast. During this stage, light energy is captured by the chlorophyll and is used to split water molecules into protons and oxygen molecules which diffuse out as a by-product. The electron transport chain then moves protons from the stroma into the thylakoid membrane to create a proton imbalance and thereby facilitating the production of ATP through an enzyme called ATP synthase. Electrons and protons are also collected by NADP to form NADPH.

Although the light independent stage does not directly require the input of sunlight, it does rely on the outputs of the light dependent stage. This process occurs at the stroma of the chloroplast and its overall objective is to convert carbon dioxide into glucose. Just remember, you do not need to know the specific biochemical pathways for this process so don’t panic if you don’t fully understand how it works!

Cellular respiration is a series of catabolic reactions that break down organic compounds such as glucose releasing energy in the form of ATP (Adenosine Triphosphate).

Biofuels are made from anaerobic fermentation of biomass, which is organic plant and animal material that can be sourced from agriculture, food manufacturing and forestry can be used to produce biofuels. These fuels are renewable because they can be replenished in a relatively rapid time / are not finite / can be produced faster than they are consumed.

1. Deconstruction: enzymes, acid and heat is used to crush the biomass

2. Specific enzymes are added to break down cell wall (cellulose) and starch into simple sugars such as glucose

3. Anaerobic fermentation by yeast which produces ethanol and CO2

4. The ethanol produced is dehydrated and purified to become bioethanol which can be used as a fuel.

Similarly, the mitochondria are also believed to be free living microbial cells that were engulfed and entered a symbiotic relationship with a eukaryotic cell. This is also supported by the evidence of their own circular DNA, are contained within a double plasma membrane, divide by binary fission and have their own ribosomes.

It is important to note, more active cells, that is, cells that require more energy e.g. skeletal cells, have not only more mitochondria, but can have mitochondria with a more highly folded cristae to facilitate a greater ATP production. 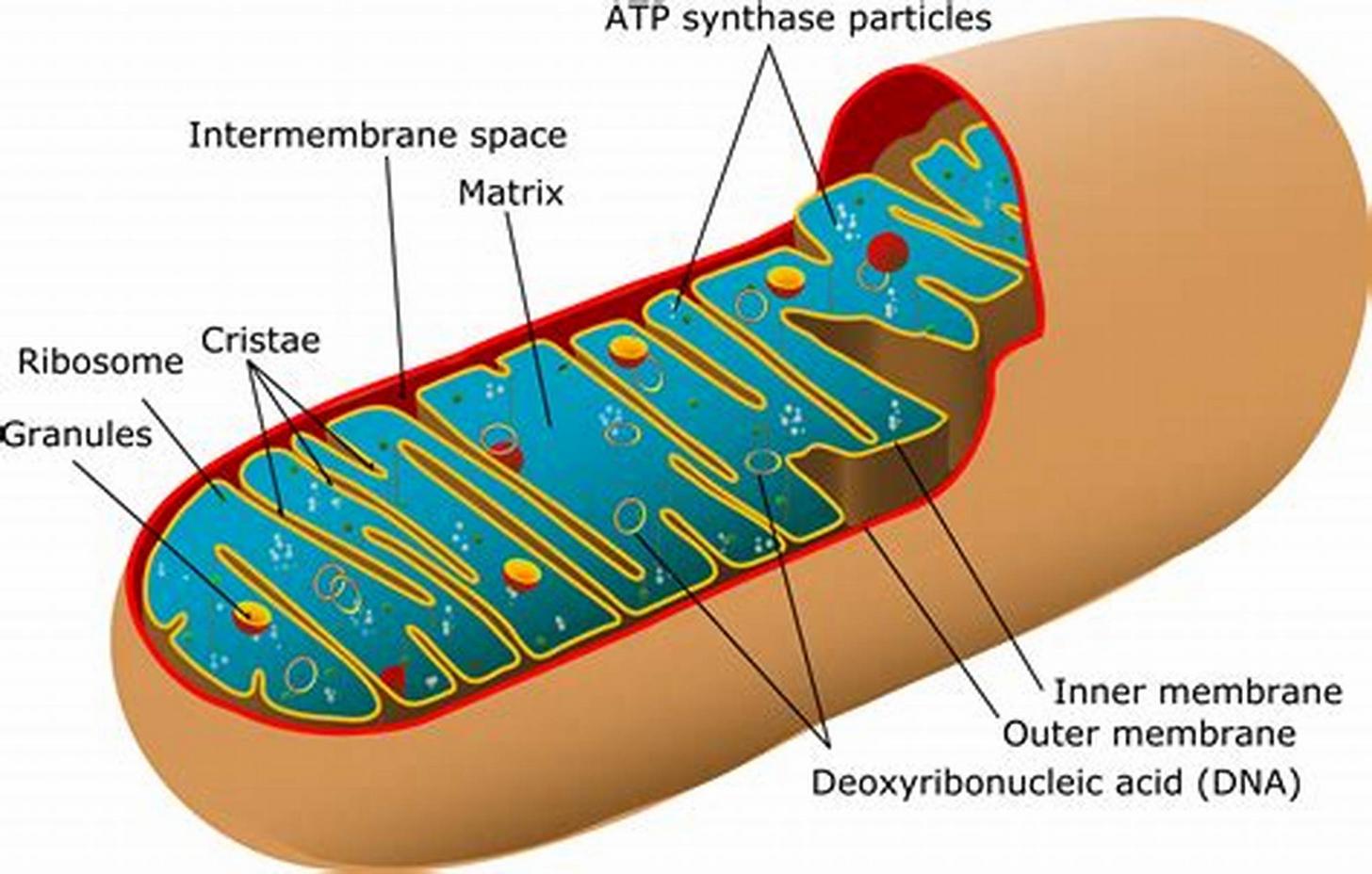 Glycolysis is the first stage of cellular respiration occurring in both anerobic and aerobic respiration in the cytosol of the cell. It is the initial breakdown of glucose into two pyruvate molecules, without requiring any oxygen.

The Krebs Cycle is the second stage of aerobic respiration and occurs when oxygen is present in the matrix of the mitochondria.

The electron transport chain is composed of a system of electron carriers called cytochromes located in the cristae of the mitochondria. During this process, electrons are passed along the cytochromes and oxygen molecules act as the terminal electron acceptor thereby producing water. ATP is synthesised by the enzyme ATP synthase.

Anerobic respiration does not involve the mitochondria as no oxygen is involved and therefore only occurs in the cytosol. For each glucose molecule, two ATP are produced along with a by-product. In yeast, ethanol and CO2 are produced while in animals, lactic acid is produced. The purpose of anerobic respiration or fermentation in yeasts is to regenerate NAD so that glycolysis can proceed