Evolution is the process by which over geological time, the heritable traits of the individuals of a population change, leading to the advent of new species from previously existing species. The evolution of a species requires phenotypic variation due to genotypic variation, a selective pressure conferring a selective advantage, reproductive isolation and a long generational time

Adaptive radiation is the rapid divergent evolution of a large number of related species from a common ancestor. This is caused by the rapid speciation after organisms evolve different adaptations in response to new conditions and opportunities. It can result in a wide diversity of species each with unique adaptations to their environments 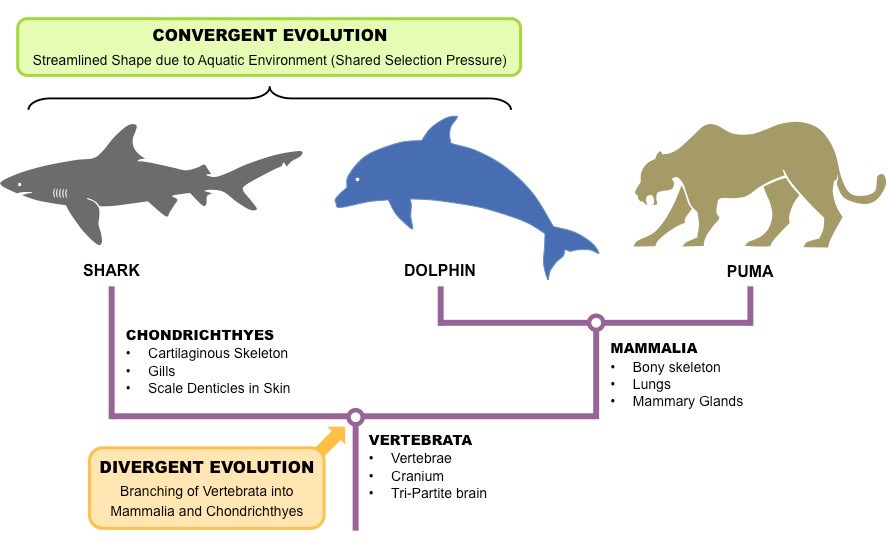 Extinctions occur when the last individual of a species on Earth dies out. These can occur when the environment of a species changes faster than the species can adapt. The major causes for extinction are human impacts, climate change, agriculture, human overpopulation.
A mass extinction is a period in the geologic history of the Earth during which an abnormally high number of species die out over a relatively brief timeframe. They can be caused by climate change, meteors and volcanos

Novel phenotypes are new unique appearances, where an organism has specific features that it previously did not. They can arise due to chance events in the genome or mutations that occur in genes that control the development of an organism, significantly affecting its phenotype.

The BMP4 gene produces the BMP4 protein which is a regulatory protein that signals to other cells during embryonic development, determining the early structure of the embryo and in the development of bone. Master control genes are genes that initiate developmental programs during embryonic development. BMP4 demonstrates that explosive rates of divergent evolution can be achieved by modifying a single gene. Altering a master control gene that coordinates the expression of other genes results in significant morphological change. Modifying the timing, intensity, and location of a master control gene creates near endless possibilities for body structure. Morphological diversity among species is therefore accomplished with minimum change to the genome

High levels of BMP4 expression in early embryos makes the beak wider and deeper. This is a trait found in ground finches whose wider and deeper beaks enable them to feed on hard seeds on the ground. While finches with low levels of BMP4 expression have beaks that are narrow and shallow, for example, narrow and shallow beaks allow cactus finches to forage for seeds in cactus fruit. 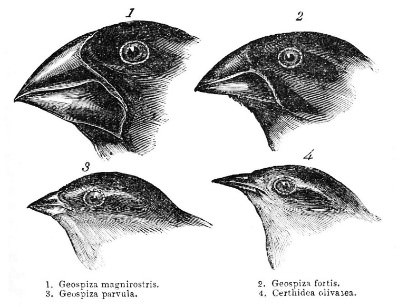