Overtime, the DNA of different species accumulates changes due to mutations. These changes in DNA result in changes in the proteins produced. Because these changes accumulate in at a steady rate, by calculating the rate at which they occur, the differences between the proteins or DNA sequence of two related species can be used to measure the length of time since they shared a common ancestor 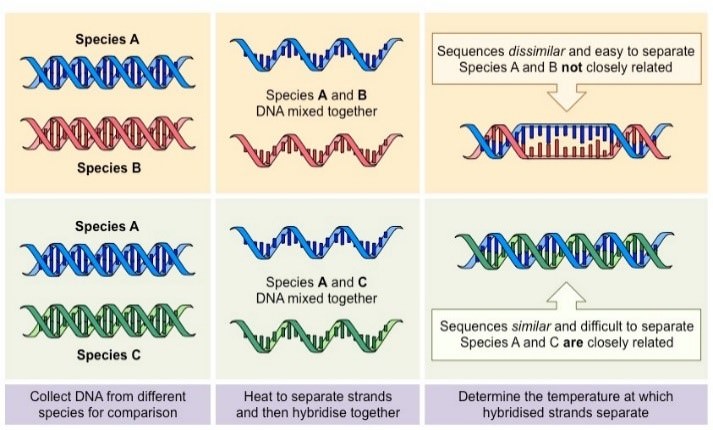 mtDNA is present in large quantities, long lasting, only inherited from the mother, does not undergo recombination and is not repaired by repair enzymes, so mutations occur rather rapidly in the hypervariable regions. mtDNA sequencing is ideal for comparing organisms within a species or those who have diverged recently. This is achieved by measuring the number of mutations and comparing it to the expected mutation rate.

Other applications of mtDNA is that it allows us to determine relationships between modern human populations, migration patterns of modern humans and possible models of human evolution