A method of gene cloning includes the use of recombinant plasmids. This has been used in the production of insulin, production of vaccines and many more.

Restriction fragment length polymorphism is where a section of DNA is amplified with PCR, cut with restriction enzymes and then run through gel electrophoresis. The banding of the gel is analysed by comparing the similarities and differences in lengths of fragments to another sample. e.g. DNA from a suspect and from a crime scene.

Due to mutations and variation in alleles and changes in the DNA sequence, the recognition sites will vary and therefore, everyone will have different lengths of DNA fragments when cut with a restriction enzyme. RFLP analysis is generally not used anymore as STR analysis is both cheaper and faster

Short tandem repeats or microsatellites are short fragments of non-coding DNA which repeat many times and are highly variable, making them ideal for DNA profiling. These DNA sequences are unique to each person, and therefore by comparing number of repeats at several loci, one can identify a person relatively easily.

STRs analyses the number of repeating tandems of a 2-5 base pair sequence of DNA at multiple loci. The DNA is first amplified using PCR and then various alleles of each STR are then separated and made visible with fluorescent dyes. The resulting DNA profile is a series of coloured peaks at different locations, with each peak being one allele of one specific STR. The location of each peak indicates the size of the allele and hence the number of repeats.

Genetic screening is commonly used to achieve early detection or exclusion of inherited disorders. Its purpose is to essentially confirm or rule out the presence in a person of a defective allele that is involved in an inherited disorder or that increases the persons’ susceptibility to a disease.

GMOs are organisms whose genomes have been altered using genetic engineering technology. This is achieved by the addition or silencing of a gene or segment of DNA so that either function is gained or lost. To be identified as a GMO, the added or lost gene must be heritable

Transgenic organisms are those that contain foreign DNA from an unrelated species. These fragments of foreign DNA can be introduced via pronuclear microinjection, a retrovirus or electroporation.

GMO rice crops have been given genes which confer tolerance to environmental stress, e.g. drought, flood, salt tolerance, increasing the productivity of the rice plant. While transgenic rice plants e.g. golden rice, have a foreign gene that codes for β-carotene, attempting to aid those in impoverished nations where there was a lack of vitamin A

GMO Cotton plants have been modified to allow them to produce a natural insecticide, reducing the need to spray the plants with added chemicals. Insecticides can be toxic to people, but some naturally occurring toxins, e.g. those produced by the GMO cotton plants are not toxic to people 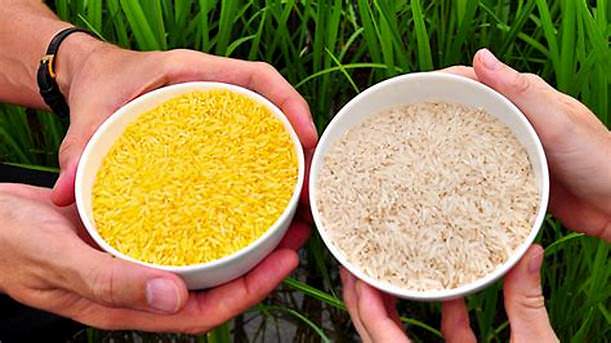