Enzymes are large globular proteins that reduce the activation energy required to initiate a reaction as they weaken the bonds in the substrate. Therefore, they act as organic catalysts by increasing the rate of chemical reactions. Their function primarily depends on the presence of an active site or substrate binding site, which is a region that has a complementary 3D shape to the substrate.

The functioning of enzymes relies heavily on the 3D shape of their active site. Any factor that alters this will affect the activity of the enzyme as it may inhibit the formation of substrate-enzyme complexes.

All enzymes have optimal temperatures where they operate most efficiently. For Example, most humans enzymes have an optimum temperature of around 37°C, the normal body temperature. When the temperature increases, the molecules would have more kinetic energy, resulting in more collisions between the substrates and enzymes. However, if the temperature is increased beyond the optimum temperature, this causes the enzyme to denature, and hence the rate of the reaction to rapidly decrease. When an enzyme denatures, the bonds within the enzyme break and the tertiary structure unravels, leading to the loss of its conformation 3D shape, and therefore the substrate can no longer bind with the active site. When the temperature is decreased, there is less kinetic energy available and the movement between the enzymes and substrates will decrease, thereby slowing the reaction. Ultimately, freezing the reactants will stop the reactions, however it can be reversed.

Just like temperature, all enzymes have an optimal pH level. If the pH deviates significantly either side of its optimum value, then this will cause changes within the hydrogen bonding within the enzyme changing the 3D structure and thus inhibiting its activity. 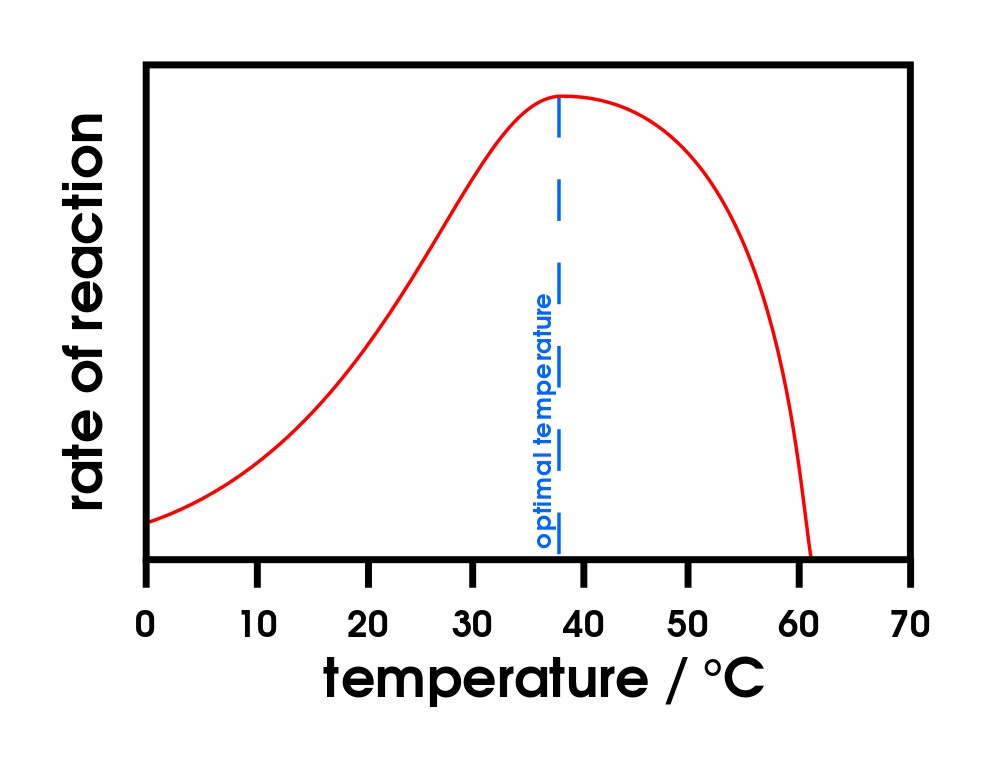 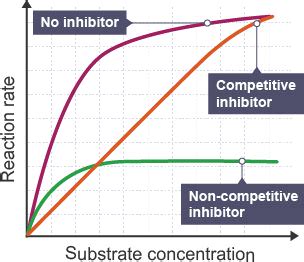 Many enzymes require other, non-protein molecules to be present to activate or increase the rate of an enzyme. Coenzymes are a subset of cofactors and we will discuss some specific examples later when we cover photosynthesis and cellular respiration. Some enzymes also require inorganic ions, metal ions such as Mg2+ and Cu2+