Bacteria are cellular, prokaryotic and reproduce asexually via binary fission, allowing for the rapid growth under favourable conditions. Many can form endospores which are resistant to extreme conditions, have a thick capsule which helps to overcome the host’s defences and have a cell wall. They cause disease by disrupting the functioning of some cells or organs of the body, producing toxins, interfering with the host’s immune system and disrupting normal signal transduction in the cell. They also have extra chromosomal pieces of circular DNA called plasmids which can be exchanged between bacteria. Some examples of diseases caused by bacteria include tetanus, whooping cough, meningococcal, salmonella and tuberculosis. 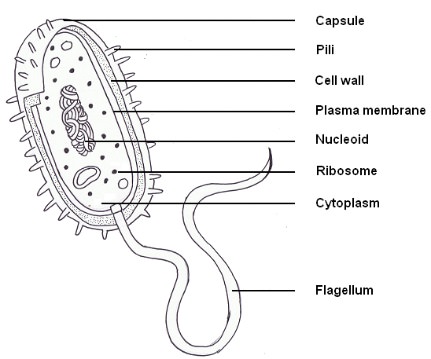 Antibiotics are naturally occurring products which target cellular structures of bacteria. They are either bacteriostatic which inhibit growth or are bactericidal which kill. They mainly target protein or cell wall synthesis.

Sensitivity tests are used to determine which antibiotic is the most effective for a known bacteria species. A clear zone around the antibiotic disc indicates that the bacteria is sensitive. If there is no clear zone, then it is resistant. It is important to note that even if the area surrounding the antibiotic disc is the greatest, that is not indicative of it being the preferred or most effective in the body – as it was tested under laboratory conditions. Varying internal environments can affect the functioning of the antibiotic, for example, the children of pregnant women who have taken tetracycline can cause discolouration of their teeth.

A sterile environment is something totally clean and free from pathogens. Sterilisation is the act of killing all pathogens in a designated area. It can be achieved by radiation, which consists of UV rays and gamma rays, autoclaving, which uses high temperatures to kill pathogens, and filtration

Viruses are non-cellular agents and are all obligate intracellular parasites which are not strictly living as they lack metabolic pathways and can only replicate within a host cell. All viral particles have a protein shell called a capsid which surrounds the genetic material – either DNA or RNA. Together they form a nucleocapsid. Naked viruses contain only a nucleocapsid and are released by the infected cell after the cell lyses while enveloped viruses are released from infected cells by budding. Some viruses e.g. bacteriophages, inject their nucleic acid into the host cells and change the host cell’s genome to produce viral particles. Otherwise they may enter the cell and replicate in the cytosol. 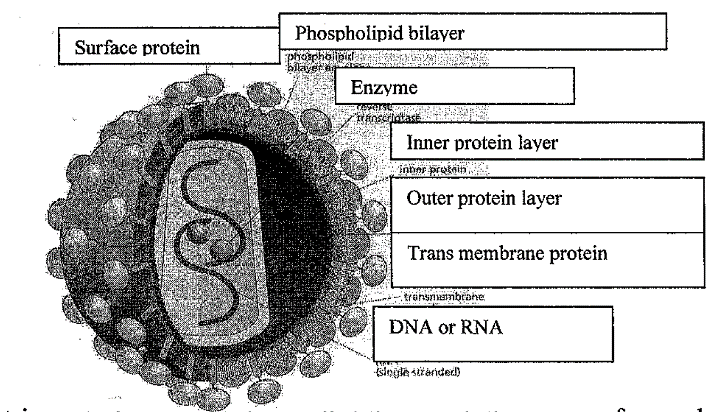 Normal prions consist mainly of alpha helixes, however if they encounter an abnormal prion protein, one that consists mainly of beta pleated sheets, then it will cause the normal protein to unfold and then refold abnormally. Prions cannot be digested into amino acids because we do not have the relevant enzymes and they are heat resistant. Therefore, they cause the degeneration of the brain as nerve cells die and are replaced with holes

A parasite is an organism that completes some part of its life cycle in another organism. It does not necessarily cause disease while infecting the host. But those parasites that cause damage are said to be pathogenic. For example, malaria is caused by a parasite and humans become infected when bitten by a female mosquito