Polymers are molecules which are comprised of many repeating identical subunits, which are referred to as monomers. A condensation reaction is energy-requiring and occurs when monomers join to form a polymer. The name originates from the fact that a water molecule is released during this reaction.

DNA, or deoxyribonucleic acid, is a type of nucleic acid that is the genetic material of all cellular organisms. It is a polymer that consists of monomers called nucleotides. A nucleotide is composed of a five-carbon deoxyribose sugar, a phosphate group, and a nitrogenous base. There are four types of nucleotides in DNA: adenine (A), guanine (G), thymine (T) and cytosine (C).

RNA, or ribonucleic acid, is a type of nucleic acid that is the genetic material of some viruses and is involved in protein synthesis in cellular organisms. The structure of RNA is very similar to that of DNA (i.e. composed of nucleotides), but there are three key differences between RNA and DNA: 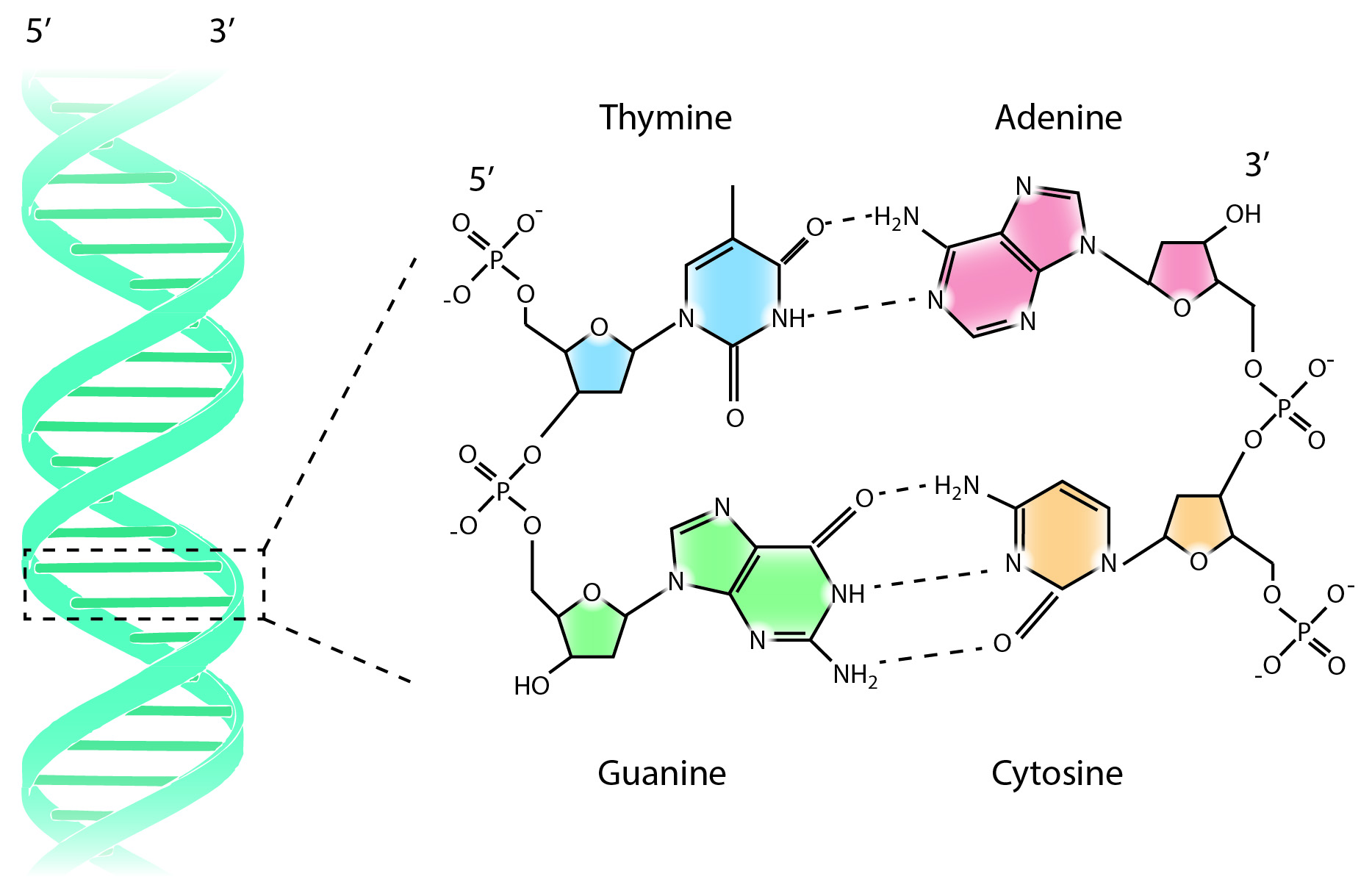 Proteins are polymers built from monomers called amino acids, which are made up of hydrogen, nitrogen, carbon, oxygen and sometimes sulphur atoms. There are twenty amino acids that can be coded for in organisms.

The proteome refers to the complete set of proteins produced by a single cell or organism in an environment at a particular time. Scientists generally study this as proteins usually interact with each other and rarely in isolation. 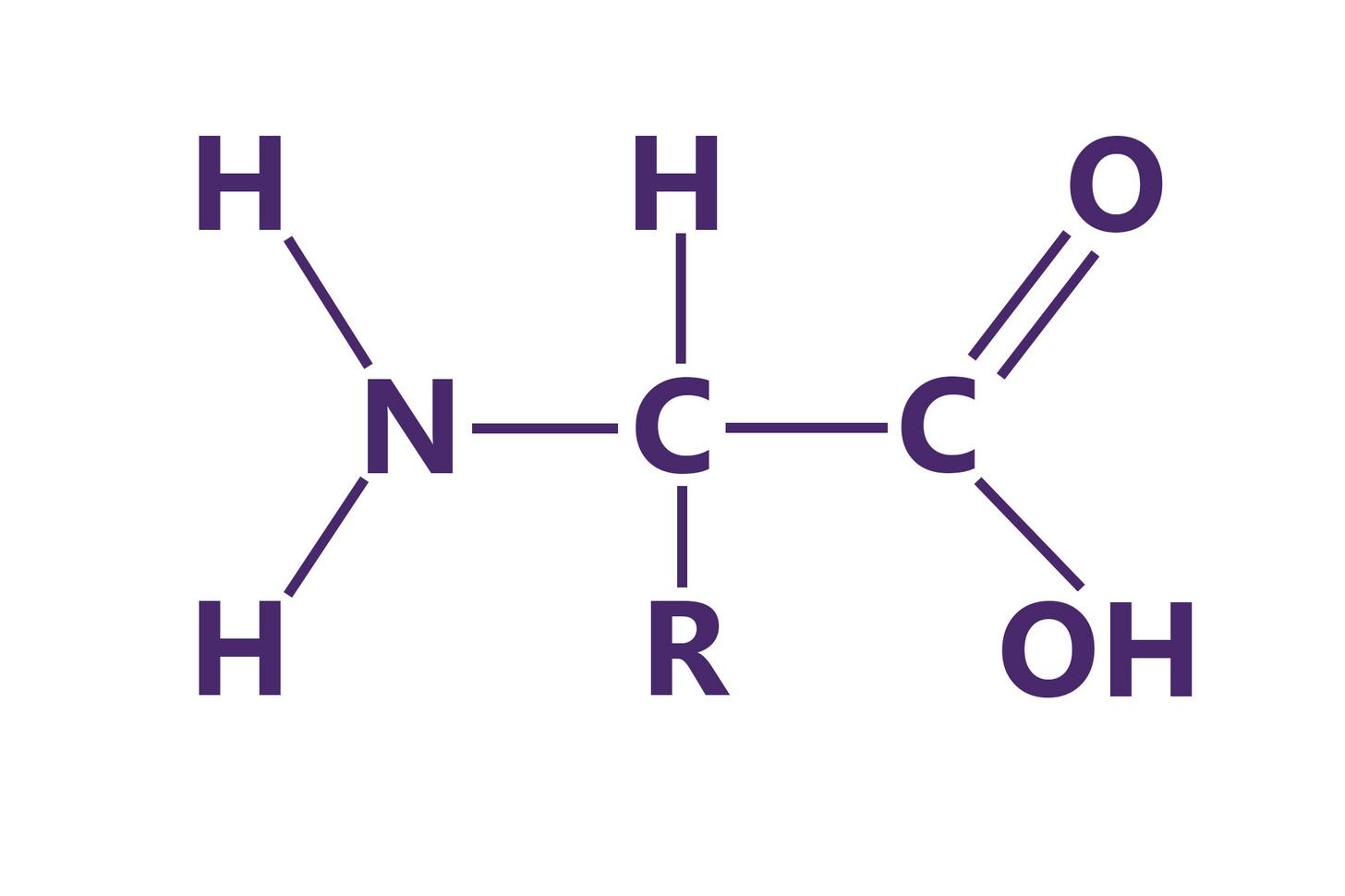 Chemical Structure of an Amino Acid

The structure of a protein essentially dictates its function, therefore, a change in just one amino acid can mean the difference between a function and non-function protein. There are four levels of protein structure, which are: 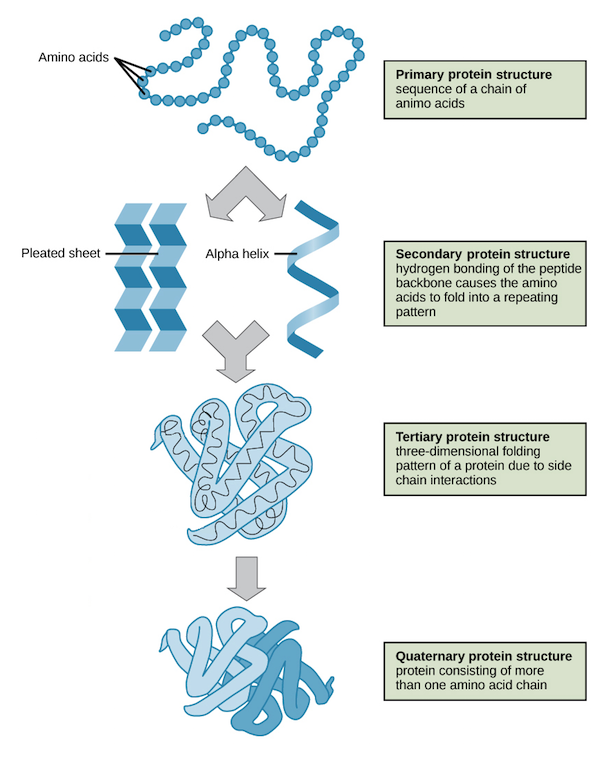